What will it take for fans to fully support the solo output of Genesis keyboardist Tony Banks? The lack of substantial support for any of his solo projects is baffling. His band mates, (Phil Collins, Peter Gabriel, Mike Rutherford and Steve Hackett) have all found varying degrees of commercial success outside of Genesis. Somehow that same success has eluded Tony Banks.

To date Tony Banks has released nine albums. The music has ranged from progressive rock, to classical music, to soundtracks to keyboard driven rock. He has brought in outside singers, sang lead vocals himself and formed musical collectives. Through it all he has created a great deal of exceptional music. Much of that music seemed to have left many Genesis fans and the general public cold.

What will it take to get Genesis fans AND the general public to support his music? One possibility would be to team up with a high profile vocalist. I love the album that he recorded with Wang Chung’s Jack Hues, Strictly Inc. (1995). Unfortunately Hues did not have a high enough profile to attract fans. So who could Tony Banks collaborate with that would bring him the long eluded commercial success that he has been looking for?

The possibilities are endless, but would they all be a good fit? I am not sure how fans would respond but perhaps a collaboration with Marillion’s Steve Hogarth could work. This pairing would probably not bring Tony Banks mainstream success, but it sure would create some buzz in the progressive rock world.

Thinking about a current mainstream choice, Chris Martin  from Coldplay might work. His voice and acoustic guitar mixed with Tony’s keyboards. This is a pairing that could work well.

Tony and ex Marillion singer Fish made a great team. Fish as a vocalist is not what he used to be, but it is never too late! Honestly both artists would likely benefit a great deal from this collaboration.  Tony would be involved in a project that would generate some positive buzz. Fish would benefit from working with a strong songwriter.

If you want a choice a bit different then you could go with Tony Banks and ex Pink Floyd member Roger Waters. Tony could really explore the darker, minor key side of his playing. To take it a step further the two could form a touring band. On the road they could play a few Pink Floyd and Genesis songs.  Now that would be interesting.

A collaborator guaranteed to garner attention in progressive rock circles would be Steven Wilson.  Personally I am not a fan of his music. However, this pairing would certainly put Tony Banks back  in the spotlight.  I am uncertain as to the kind of music that this pair would produce.  But I am sure it would be a bit different.

Another  possibility would be forming a new band. Here’s one possible line up: Tony Banks on keyboards, Nik Kershaw on vocals, Marillion’s Steve Rothery and Pete Trewavas on guitar and bass. That would be an interesting and exciting band!

As I said the possibilities are endless. Of course a pairing with any member of Genesis would raise a great deal of interest. However, the shadow of the band would be far to great. Any new music would be compared to Genesis. No matter how great the music, it would never live up to the past, in the eyes of some. The expectation to play Genesis material in concert would be too great. As a fan I am curious to hear what kind of music Tony, Mike Rutherford and Phil Collins would produce if they formed a new band. If they were free to produce new music that was not Genesis music, what would it sound like? Of course the pressure to be Genesis would be too great.

One Genesis related pairing that could work would be Tony and Nad Sylvan. Sylvan is no stranger to the music scene having worked a long time in relative obscurity. When Steve Hackett recruited him for his Genesis Revisited tour Sylvan’s profile was raised greatly.  His two most recent solo albums, Courting The Widow (2015) and The Bride Said No (2017), show that Nad Sylvan is an extremely talented man. He is also a huge Genesis fan, so this pairing could produce something great.

The last pairing that I will mention is the most intriguing to me. One of the most exciting bands on the progressive rock scene right now is Big Big Train. The band’s vocalist, David Longdon, auditioned for Genesis after Phil Collins left the band. Sources say that Longdon and Ray Wilson were the two finalists. Ultimately Wilson was chosen and Longdon went on to join Big Big Train. Longdon has a singing voice that combines elements of Peter Gabriel, Steve Hogarth and Phil Collins. That said, Longdon has a wonderfully unique singing voice. Longdon is also a songwriter and multi-instrumentalist. Among his chosen instruments are flute, guitar and piano. I am so curious as to the kind of music that this paring could produce. 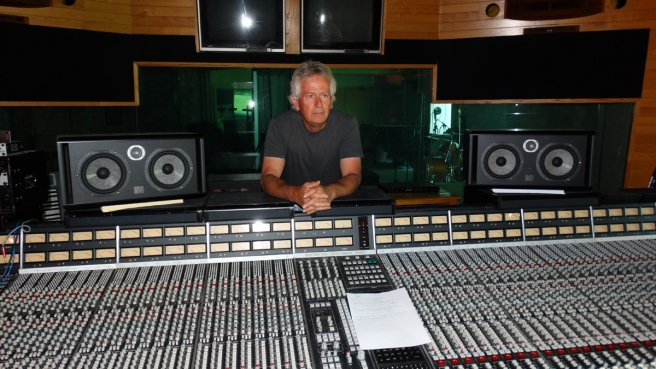 If Tony Banks never finds commercial success outside of Genesis it will not be the end of the world. However, it seems like a wasted opportunity for this extremely gifted songwriter to stop putting out new music.  As a fan I remain hopeful.

14 thoughts on “Tony Banks, What Will It Take?”